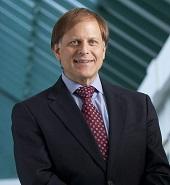 Dr. Rothstein is a graduate of the Boston University School of Medicine (1980), and did his residency training in Internal Medicine at the University of Massachusetts Medical Center in Worcester, MA (1980-1983). He pursued his fellowship training in Gastroenterology at Dartmouth Hitchcock Medical Center in, Hanover, NH (1983-1985), joining the Geisel School of Medicine faculty in 1985.

Dr. Rothstein has a special interest in esophageal function and disease. For over 14 years, he has participated in the research and development of endoscopic therapies for the management of gastroesophageal reflux disease. Dr. Rothstein's other interests include the endoscopic management of Barrett's esophagus, the evaluation, and treatment of dysphagia, chemo-interventional trials for prevention of gastrointestinal neoplasia, the endoscopic treatment of obesity, the evolving field of NOTES (natural orifice transluminal endoscopic surgery), and the potential role of robotics in endoscopy.

With his wife Lia, a photographer and art educator, and 2 children, he has raised cows and sheep and enjoys using his 1948 Farmall C tractor. 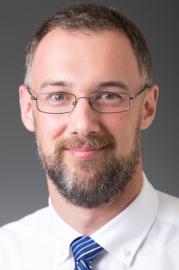 Dr. Atkins graduated from the University of Edinburgh, UK in 2005 and completed residency training in Scotland and Albany, NY. He worked briefly as a primary care practitioner in the Adirondack mountains and then pursued fellowship training in pulmonary and critical care medicine at DHMC, joining the Geisel School of Medicine faculty in 2016. He began work with the internal medicine core faculty group in 2019 with a focus on resident research.

Dr. Atkins has ongoing clinical research to define the quality gaps in rural COPD care and explore population-based approaches to close these gaps. His work in medical education includes participation in the new coaching program at Geisel, coordinating didactic teaching in the MICU, and an assistant program director role for the pulmonary and critical care fellowship.

He spends his free time watching premier league soccer and gardening with his wife and 2 young sons. 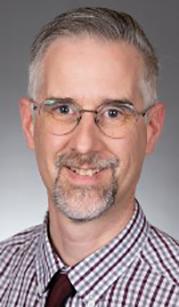 Dr. Powell became the PCT Program Director in June 2012 after serving 2 years as a faculty member. He became Associate Program Director of the Internal Medicine Residency Program at the same time.

He earned his undergraduate degree in biology at Eureka College in Illinois and received his MD from Dartmouth Medical School.

Dr. Powell completed his internship and residency at Dartmouth Hitchcock Medical Center, served as Chief Medical Resident, and stayed on as staff physician in the Section of General Internal Medicine at Lyme where he teaches medical students and residents during community health blocks and longitudinal clinics. He serves on the Internship Selection Committee and was physician lead for NCQA Medical Home Accreditation.

Dr. Powell spends most of his free time skiing, going to his youngest daughter’s gymnastic events or oldest daughter’s softball games, and going to the gym. He also enjoys motorcycles and is a huge Chicago Blackhawks and Chicago Bears fan.

Dr. Friedman earned his undergraduate degree in biology from McGill University and received his MD in 1994 from the University of Massachusetts.

Dr. Friedman completed his residency training at Beth Israel Hospital in Boston, joining the General Internal Medicine faculty at Dartmouth Hitchcock Medical Center in 1997. He was the Program Director of the residency for almost 20 years and is now exploring Medical Informatics and improving Epic.

Dr. Friedman spends his free time in his woodshop, visiting his children in college, and addressing endless home repair projects. He is fascinated by chaos theory and non-linear dynamics, and he is hopelessly addicted to Duplicate Bridge. He is a huge science fiction and fantasy fan, thinks that the Game of Thrones books are much better than the HBO series, is a big fan of The Expanse, and is always looking for suggestions to read. 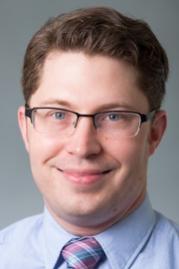 Dr. Laudate is a Tarheel through and true having grown up in NC and then going to undergraduate school, medical school (2004-2007), and internal medicine residency (2007-2010) all at UNC at Chapel Hill. Following residency he was briefly a hospitalist at Alamance Regional Hospital, a community hospital in NC. Seeking greater career fulfillment as an academic hospitalist he spent the next 3 years in the Greater Boston area at Newton Wellesley Hospital where he had the fortune of supervising the rotating Mass General Hospital residents and Tufts medical students.

After his wife accepted a position as 1of DHMC’s staff neurologists in 2014, he continued his role as a clinician-educator as 1 of the DHMC faculty hospitalists. In 2018 he joined the White River Junction VA Medical Center as a hospitalist, the VA internal medicine residency site director, and ultimately the VA Associate Program Director for even greater involvement with our fantastic residents. At home he enjoys cooking and spending time with his wife, Allie, and his 3 girls, Samantha, Abbie, and Emilia. He also enjoys several outdoor activities, including hiking and cross country skiing (after acclimating this Tarheel to the snowy winters). 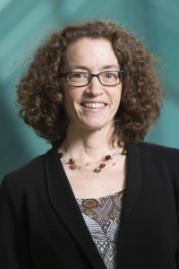 Dr. Kieffer is a graduate of the Johns Hopkins University School of Arts and Sciences (B.A., 1990) the University of California, San Francisco School of Medicine (MD, 1995), and The Dartmouth Institute for Health Policy and Clinical Practice (MS, 2011). She completed her residency at Dartmouth Hitchcock Medical Center, served as Chief Medical Resident, and then joined the faculty in General Internal Medicine.

She has been the director of the resident clinic at Dartmouth Hitchcock Medical Center since 2004. She enjoys teaching medical students and residents in clinical and didactic settings, and supervising learners conducting quality improvement projects. She became the Vice Chair for Education and Director of the Department of Medicine Morbidity, Mortality, and Improvement Conference in 2015.

Dr. Kieffer spent a year in Rwanda from 2013-2014 with the Human Resources for Health program, teaching students and residents, developing educational curricula, and serving as Associate to the Head of the Department of Medicine. She continues to passionately support a bi-directional exchange of learners and teachers between the Departments of Medicine at Dartmouth Hitchcock Medical Center and the University of Rwanda. 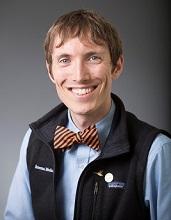 Dr. Haughey earned his undergraduate degree in biochemistry from Hobart College (2009) and spent the next year in Lewiston, ME, where he worked as an Americorps volunteer at a family medicine practice and also tutored refugee children through Bates College. He received his medical degree from SUNY Upstate Medical School in Syracuse, NY (2014) and completed his residency training (2017) and a Chief Medical Resident year (2018) at Dartmouth Hitchcock Medical Center. Concurrent with his chief year, he completed a fellowship in Point-of-Care-Ultrasound (POCUS) through the Emergency Medicine department at Dartmouth Hitchcock Medical Center. He accepted a faculty position with the Section of Hospital Medicine in 2018 and was appointed as a core faculty member and Director of Internal Medicine Resident POCUS Training and Education in 2019. His clinical and research interests include the development of novel methods of education and training in POCUS for medical students, residents, and faculty. In his free time, he enjoys recreating in the Upper Valley and surrounding environs with his wife, daughter, and dog. In particular, he is an avid runner, biker (mountain and road), skier (primarily cross-country but also alpine), and hiker. He also enjoys cooking, reading, listening to podcasts, and adding to his embarrassingly large bow-tie collection. 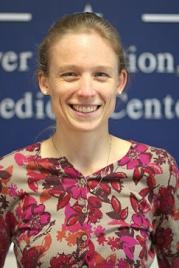 Dr. Kokko grew up in the suburbs of Boston but eventually found herself called to the mountains of New Hampshire where she attended Dartmouth College followed by Dartmouth Medical School. She completed her residency at Dartmouth Hitchcock Medical Center, served as a Chief Medical Resident, and then joined the faculty at the WRJ VA Hospital in WRJ, VT, where she currently practices Primary Care and serves as the Site Director for the Residency’s Continuity Clinic. She lives in Lyme, NH, with her husband, 2 young children, and their dog. Outside of the hospital, she enjoys spending time with her family, especially outdoors. Most weekends they can be found hiking, skiing, biking, or playing in the sand at their town pond. 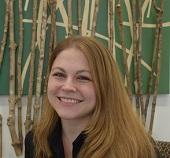 I live on top of a mountain in beautiful Vermont with my husband and 3 children. We designed and built our house 4 years ago, and continue to work on it today! Except for leaving for college, I have been in Vermont and New Hampshire for my whole life. Outside of work I enjoy camping, trips to the beach, photography, interior decorating, reading a good book, and seasonal favorites such as apple picking. 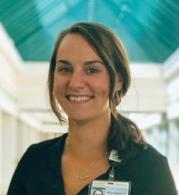 I grew up in New York but moved to New Hampshire in high school and have lived all around the state since, from the Seacoast to Central NH to the White Mountains. I currently live up north in the White Mountains with my husband, our three-year-old son, and our 2 dogs. We are in the process of closing on our dream home in Merrimack County which has beautiful views of Ragged Mountain. When I’m not working, you can usually find me riding my horse, relaxing with my husband and son, or exploring my love for all things aviation; which luckily enough, my son and husband also have!