History of the Program

The roots of the Dartmouth Hitchcock Medical Center orthopaedic residency training program date back to its founding father, Dr. O. Sherwin Staples, who came to Mary Hitchcock Memorial Hospital (MHMH) in 1946 from Harvard/Massachusetts General Hospital. He was the first orthopaedic surgeon in the state of New Hampshire and was joined shortly thereafter by Dr. Stuart Russell from Michigan State University in 1948. The final 2 “founding” orthopaedists were Dr. Robert Shoemaker from the University of Pennsylvania in 1955 and Dr. Leland Hall from the University of Minnesota in 1963. 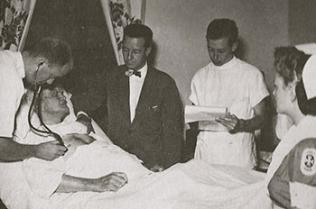 Dr. Staples’ application to the American Board of Orthopaedic Surgery (ABOS) for a residency training program began in 1949. He was unsuccessful in his first 2 attempts. Ultimately, the ABOS approved a residency training program at Mary Hitchcock Memorial Hospital in 1957 as long as pediatric orthopaedics was taught elsewhere. The first resident, Dr. Robert Orth, started his 3 year orthopaedic residency in 1957, spending the first year at MHMH, the second year at the White River Junction VA Hospital and the third year at the Newington Children’s Hospital in Connecticut. The residency training continued as a 3 year program (preceded by 2 years of general surgery) with 1 resident per year until 1970.

Drs. Roger Hansen and Howard Black were the first residents to be admitted as a pair. This same year, the residency program director position was handed from Dr. Staples to Dr. Hall who accepted reluctantly. The landmark procedure of the first total hip replacement at MHMH was performed in April of 1971. One year later, the first total knee replacement was performed. Two longstanding members of the section of orthopaedics, Drs. Michael Mayor and Robert Porter arrived to increase the number of attending physicians to 5. 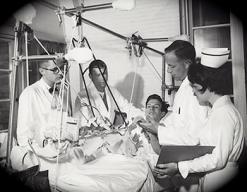 The next significant change to the residency program occurred in 1980 when the length of rotations at the VA Hospital and Newington Children’s Hospital were shortened to six months each. This allowed for 4 residents to always be at MHMH while the other 2 were offsite. 1984 saw perhaps the most significant change that has occurred in orthopaedic training when the ABOS increased the required years of devoted orthopaedic surgery training from 3 to 4. The final 3 year orthopaedic class and the first 4 year orthopaedic class of residents were selected to begin training in 1984. By 1986, Dr. Hall turned over the reins of the residency program to Dr. Phil Bernini who stayed in this position until 1988 when he assumed the chairmanship of the section. Dr. Jim Murphy assumed the position of program director at that time. By 1990, the attending staff members had swelled to eight with the additions of Drs. Shirreffs, Bernini, Murphy, Nutting, and Carr over the previous fifteen years. After 33 years of the 57-year history of the Dartmouth Hitchcock Medical Center Residency Training Program, there had been 44 residents who had started and completed the program. 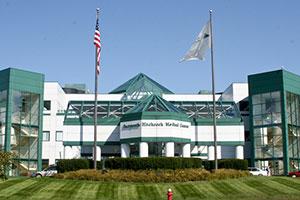 1998 saw a change in the PGY-1 intern year made by the ABOS. A mandate to complete month long rotations on various subspecialty services, including up to 3 months in orthopaedics, was introduced. Several years prior to this change (1994), the section had made the decision to join the National Residency Match Program, selecting residents directly out of medical school, making Dartmouth Hitchcock Medical Center one of the last programs in the country to make this change. 1998 also was a year of change in leadership of the residency program, as Dr. Jim Murphy stepped down to pursue other administrative duties and Dr. Charlie Carr took on the challenges of residency program director. The Spine Patient Outcomes Research Trial (SPORT), a multicenter study based out of Dartmouth Hitchcock Medical Center, designed to address the need for high-quality, prospectively collected data on the operative and non-operative treatment of spinal conditions began in 1999. This project allowed for the initiation of many research projects by our orthopaedic residents and brought Dartmouth Hitchcock Medical Center orthopaedics national and international recognition. In 2001, our program added a third resident position. The approval of the “extra” resident was coupled with our new Orthopaedic Physician Leadership Training Program and completion of a sixth year, obtaining a master’s degree at the CECS focusing on evidence based medicine and health care policy. The first resident admitted to the new program was in 2001. The chairmanship of the section of orthopaedics changed hands in 2002. Dr. Phil Bernini stepped down from the position after serving for fifteen years. Dr. James Weinstein assumed the role as section chair in July 2002 and his first accomplishment was to successfully gain institutional acceptance for orthopaedic surgery to become its own department. He also led a restructuring of the new department and residency program into clinical and academic programs that were subspecialty team-based.

As our department continued to grow, so did our residency program, which added a fourth resident per year in 2004. We chose to offer 2 positions as a 5 year clinical tract and the 2 other positions as a 6 year clinical and masters degree tract. Through an NIH educational grant, we funded the education for 2 residents per year in the masters degree program given through the renamed Dartmouth Institute for Health Policy and Clinical Practice (TDI). The first group of trainees admitted with 4 residents per class graduated in 2009 and 2010. 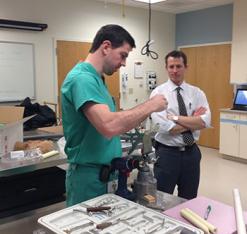 In 2009, Dr. Weinstein took over the role as Director of The Dartmouth Institute, relinquishing the role of Orthopaedic Department chairman to Dr. Sohail Mirza, who had arrived from the University of Washington in the previous year as the inaugural vice-chair of the department. Over the subsequent 6 years the Dartmouth Hitchcock Medical Center Orthopaedic Residency Program flourished under the leadership of Drs. Weinstein and Mirza. They championed academic and educational pursuits allowing the program to innovate in many areas.

In 2015, we welcomed Dr. David Jevsevar as our department chair. He has overseen tremendous advancements, including expansion of the orthopaedic service line with the addition of Alice Peck Day Hospital and New London Hospital as clinical sites, significant improvements in our research infrastructure and increases in federal research funding, and the development of an international exchange experience with Sri Ramachandra Medical Center in Chennai, India. In conjunction with Dr. Jevseavar, Dr. Wayne Moschetti founded the Adult Reconstructive Surgery/Total Joint Arthroplasty fellowship with our first fellow joining the program in 2019.

After an incredibly successful 23-year tenure, Dr. Charles Carr retired from his role as residency program director. In 2020, Dr. Marcus Coe stepped into the role with Dr. Fran Faro, Associate Residency Director. In 2022, Dr. David Jevsevar stepped down from his role and Dr. Kevin McGuire was named the interim chair of the department.

As we build on the robust history of our Orthopaedic Surgery Residency Program, we strive to continually improve the experience in order to train outstanding orthopaedic surgeons, leaders and citizens.